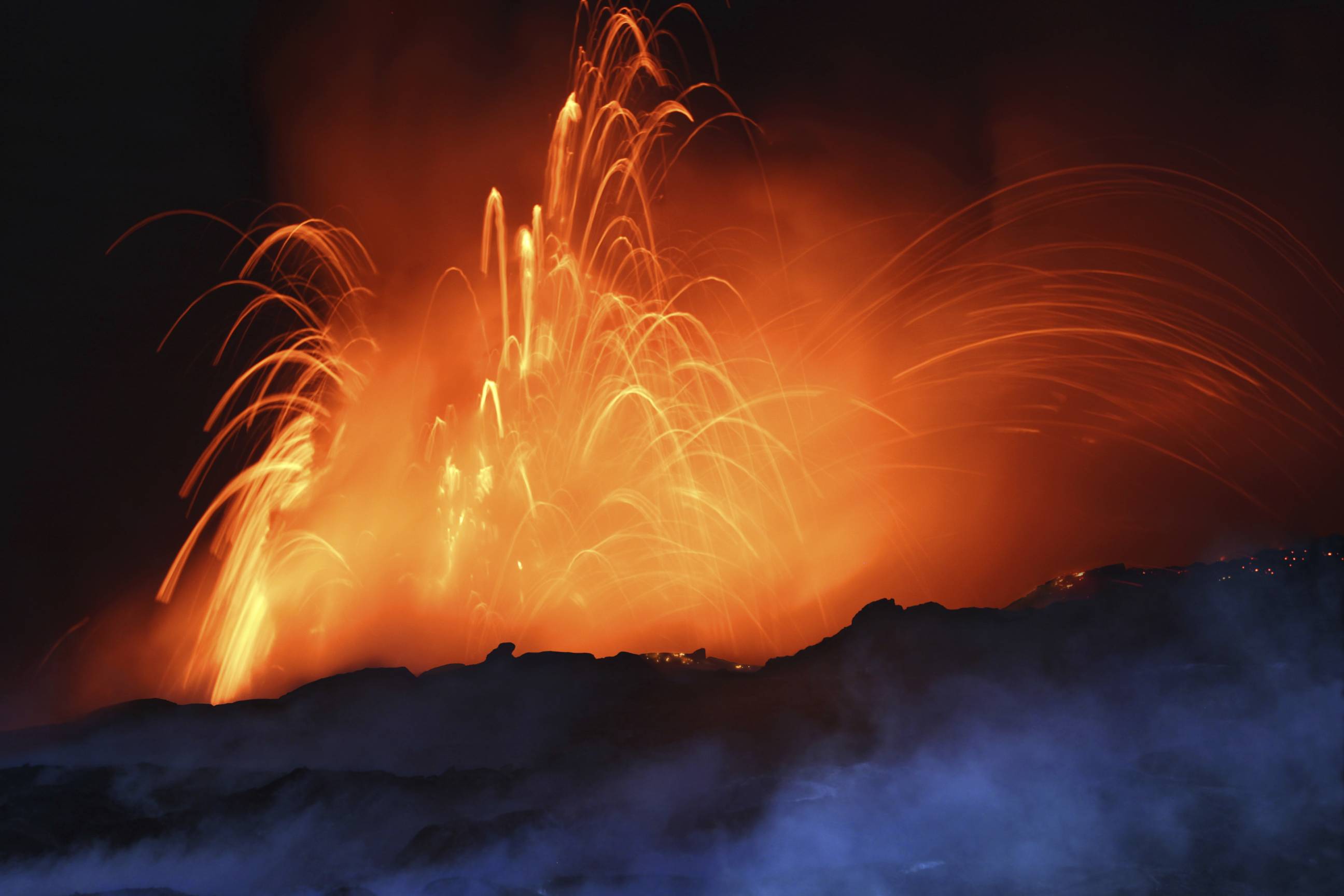 Mauna Loa is the most massive volcano on earth reaching a height of 13,677 feet (4,169 m). Collectively, Volcanoes National Park is recognized as the most active volcanic region in the world.