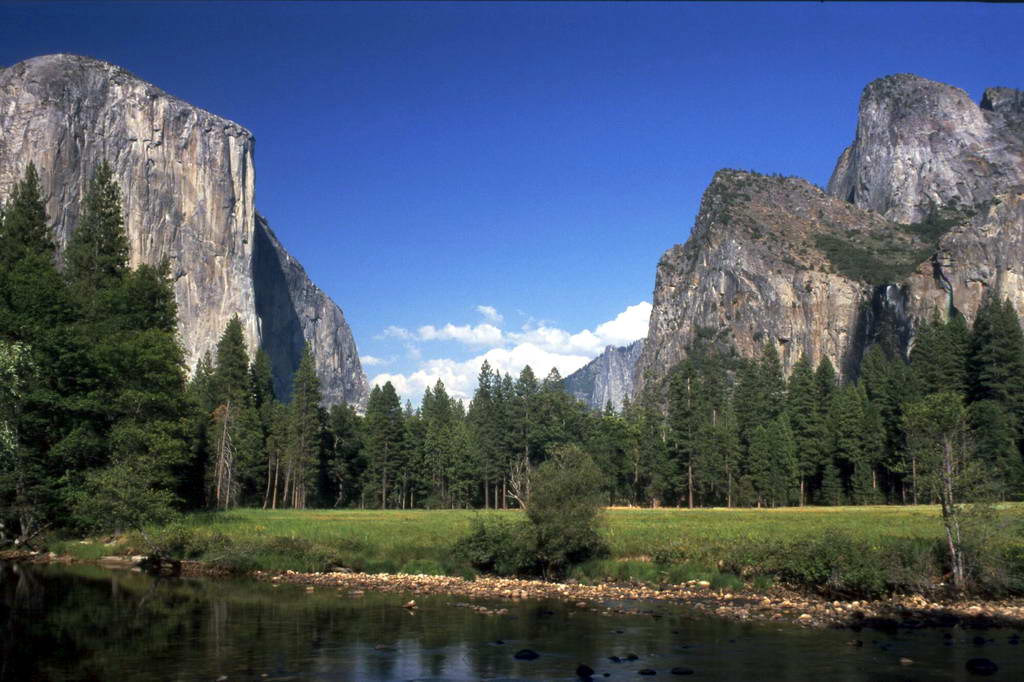 The Yosemite National Park covers a wide area of 761,268 acres. In 1984, the park was considered as a World Heritage Site. The beautiful sights in the park entice millions of tourists to visit the place every year. Among the famous places of attraction in the park are the groves of giant Sequoias, granite cliffs, waterfalls, and tranquil streams.

The Yosemite National park is rich in biological diversity, as it has large and preserved habitats. The park has several vegetation zones including the alpine, subalpine, upper montane, lower montane, and oak woodland.

Yosemite National Park is located in California, nearby Madera, Mariposa and Tuolumne counties. Most of the tourists who go to the park stay at the Yosemite Valley, which makes up one percent of the park. The Tunnel View is one of the most photographed sections in the valley. Those enjoy rock climbing go frequently to the El Capitan, a huge granite cliff that features a number of climbing routes.

There are also spectacular meadows and waterfalls that many tourists love. The park is rich in wildlife, as many animals can be seen in the valleys, meadows, waters, peaks and any other part around the park. The common animals seen in the park are the black bears, coyotes, mule deer, mountain lion, raven, Stellar Jays, great grey owl, and many more.

Late May is the best month to visit the park because of the pleasant climate all over the place. Moreover, it is during late May when the snow has already melted, thus causing the waterfalls to flow freely.